You might even be here to find out more about me.

What this site will do for you?

This site is here to connect with me and other people who are part of our YouTube community.

Whether you are  new to YouTube or you’re an expert, connecting with other people is always fun.

Also, this site  is here so you can help me make some decisions about what to do next in our let’s plays.

Now for the part about me 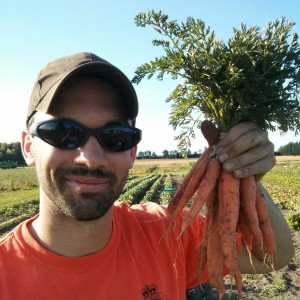 I’m just a small town kid who grew up with the internet and a love for video games.

The gaming history all started when I was young. In our house we were fortunate to have a few computers not just one.

My dad was big into the computers when they first came out, so we had a small collection.

It probably started with an Amiga which is an old school computer. We had a ton of awesome games like Frogger and Frantic Freddy.

We set up a home network which we could play games on.  This allowed  my siblings and I to play all sorts of network games.

It evolved a lot over the years on a casual basis with gaming consoles like Sega Genesis and Sega CD.

It wasn’t until university when I really got into gaming. That’s when I discovered Diablo and Starcraft and friends who played those games.

My friends got me started on World Of Warcraft when that came out and I had a ton of fun playing that.  It allowed me to meet some really awesome people who I still talk to.

After World Of Warcraft I got into a game called EVE Online, which is another MMORPG but in space. The depth of the game is incredible. You can just lazily mine or PvP to your hearts content.

I think that is about the time when I found Farming Simulator. Even since I picked it up  I haven’t played much else. When I look at my Steam account and how much I have played it makes  me want to shed a little tear.

That’s about the time when I started watching some people play Farming Simulator to see how others were playing it.

This made me think, “maybe people might be interested in what  I have to say about farming.”

That is about the time when I started doing Let’s Plays and that about sums up the story.

Enter Your Name and Email Below to Join The Email List

Click the Button Below to Get Started Right Away!

I need to know

Click the Button Below to Get Started Right Away!

I need to know